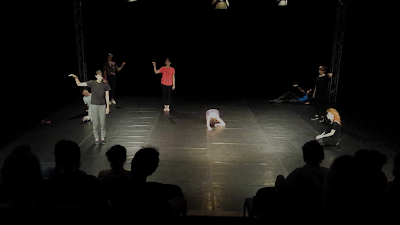 Dreaming the map of nothing creates the world.

All of Nothing is a piece about the gap between saying and doing. Saying that you do nothing and doing it is productive. Dreaming the map of nothing creates the world. ‘Nothing’ is about the corrupt logic of language (especially in English) when the word ‘nothing’ is affirmed. The piece is an exploration of how language in its most negative form deforms space and warps time. Doing nothing is not about doing nothing, a piece about nothing is about something else. ‘Nothing’ is about holding on to the idea of emptiness by negating it, since everything is invited on stage, even the public. Commanding others to do nothing is a weak command: one always has the option to do nothing. The participation of the audience on stage is a corrupt participation. ‘Nothing’ is a piece that negates that the performance happens where and when it is performed. It is lingers in vagueness and dissipation, looking for something that appears in the blind spots of nothing.


The minimal model of dreaming, and of consciousness, is the feeling of being a point immersed in an abstract, contentless space. How to reach the state of an empty point in an empty space, and navigate the room with the map of nothing? Trying to become a point leaves traces. Trying to dream nothing, everything is produced. 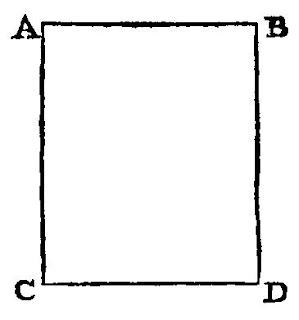 Connected to the performance World, World by Florin Flueras